August 25, 2019
What do you tell a 15 year old boy in leopard print skinny jeans that has just sucked a  lawyer’s dick for $100 when he asks you to help him find a vein. Do you take the moral high road telling him "I don't want to be responsible for your drug use." or do you tell him that you can explain what to do but you don't want to help. Or do you hold his arm and do the damn thing, perhaps asking that he provides you with a healthy rinse of his cooker in return for your service? Quite the quandary. I don't remember what I did on that foggy night underneath the street light in the parking lot by the breakfast spot where we both (separately) met the dope man. I'd like to think I did the first one but I truly can’t recall. I do remember reviving him from an overdose a few years later. Why don’t you let me die was his response. Unfortunately,  I was put in this situation more than once by more than one person. Girls who ran away from foster care and boys who’s stepdads gave them a black eye for breathing.

There are folks that voluntarily went down a path that lead to the destination commonly known as Addiction. I believe there are other folks who seek respite there. The adults that surround them push them into a bottle of solace. And the street kids, we explain how to get in the youth centers. We tell them how to rent hotels with fake IDs, how to avoid being preyed upon. We give them blankets. We explain what a pimp is and who your is not your friend. Yet, they keep coming as the world keeps turning. Life circumstances keep churning them out.

When this friend of mine overdosed at in his early 20s, I can't say that any of us were really surprised. I think we were surprised that he lived that long. He no longer looked like a young boy so his monetary value in the currency provided by well resourced pedophiles dried up into a trickle. His teeth were turning slightly brown, his skin was vaguely yellow and scarred up. I hadn't seen him since I had gotten sober but I could only imagine what his memorial was like. Everyone saying how they loved him. Everyone wondering why he was gone so soon. Yet, many of the same people had spent years drawing away his youth to keep a bit for themselves. I won't mention his name here. I rarely think about him because there are things that occurred in my years of walking the streets as a broken human that are just too fucking painful to recall into conscious memory.

Addiction does mask all pain. In many cases, it just elevates the unthinkable to a level of what a small circle in the shadows deem tolerable. Resting with the angels these twenty years, his suffering ended but not our collective remorse for being unable to help in more ways than handing him an alcohol pad when he was finished, wiping his tears on the sleeve of my dirty hoodie. 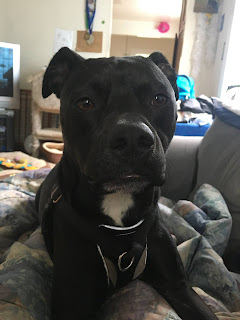 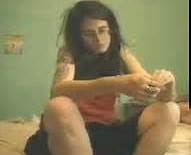