Staying safe during the Pandemic 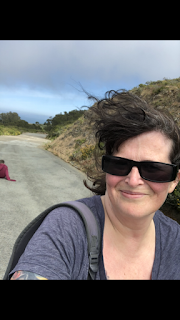 Hi Friends, It has been awhile since I've written anything. With the specter of coronavirus hanging over all of our heads, there are days when I find it challenging to put together a complete sentence. I have gone through all of the various stages of guilt. I have now settled on a sort of acceptance. I cannot change this broader situation. I can only focus on my little part of it. These include: Trying to get an adequate amount of sleep, taking my psychiatric medication twice a day, checking in with a therapist periodically, texting friends that care about my well being, taking at least 30 minutes a day outdoors, and collecting cuddles from the pets. I have had to implement various changes to adjust my routine. Meditation is also helping. Also- drinking water.  As a person with a life long history of depression, I fully assumed I would be curled in a ball in bed for the duration but strangely, I can good at adapting to a crisis. As a person who likes graffiti, I have no problem wea
4 comments
Read more

A Heart That is Open

May 06, 2020
I slowly vibrate with a feeling of anxiety as my eyes involuntarily pop open. I don’t even need to grab my phone to tell me it is in the neighborhood of 4:00 am. Every night without exception, I am forced awake with the feeling of dread that a terrible thing is about to happen. No amount of CBDs or chamomile teas or Buspar are going to convince my overactive mind that everything is going to be okay. It is not. Or so my body believes. I stick my head under the faucet in a kitchen filled with moonlight to get a drink of cool water. The words are stuck inside my throat. I cannot talk about how I am feeling. I am ruminating without my conscious mind. I have no idea how to turn off the snake brain, the brain that is screaming DANGER while I drift off under the fluffy white comforter of my dreams.  When the shelter in place is over, when I can finally give people hugs again. I want to embrace people I don’t even like. There is no amount of self reflection that can convince me this time in my
4 comments
Read more

April 10, 2020
I found a bag of meth yesterday. I've found broken syringes, tiny bottle of cheap vodka, and a few wrappers have blown in the spring breeze when I've taken the dog out for a walk. What day of the week is it again? Oh, it is another generic day in my house. I generally don't CRAVE drugs. I get little "c" craving. Things like seeing a person pull the needle out as we make eye contact as we walk by. I might think to myself "damn that looks good". But mostly, I can maintain a sense of distance between me and my sketchy past. Until this pandemic.  I wake up from using dreams 3-4 nights a week now. All kinds of crazy shit, mostly where I am stuck in abandoned building on a filthy mattress or I am dopesick and freezing in the rain. This now month long waking nightmare of sorts has stirred up repressed memories of days gone by. I never really cared that much about dying. I mean I was cautious but that is different about caring. I could not visualize what the
6 comments
Read more

Reflecting on the past 22 years 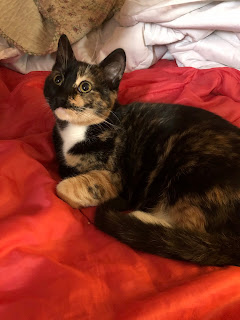 I quit heroin 22 years ago. That sentence is a lot to take in,  I never, ever thought I'd live a day without heroin. It's weird how when people get sober they seem almost afraid to admit that they enjoyed getting high. It's disingenuous to me- like you are trying to put one over on yourself. You got high for that long and you DIDN'T like it? That's weird to me. I liked getting high but truly that is such a small part in the average day of a person using drugs. It was all that other bullshit that I hated. In the last few months of my drug use, my life had evolved into a pattern. On Saturdays, my mom would western union me $175. I had lied to her a million times by this. I told her I was sober since I had gotten out of jail. If I was smart on that day, I would use that money to pay for my hotel room by the week. Many times, I would go straight to the dopeman then pay $30 for a room for the night. By this point in the game, the young low level drug sellers that had
6 comments
Read more 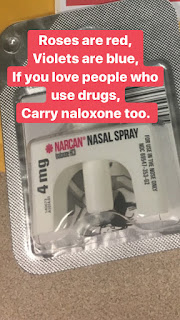 Every morning, I wake up with an existential crisis of sorts, wondering why am I here. But there are a few levels to this why. There is the why of how did I survive an addiction that killed so many others. Why did I make it through ten years of hard living when my friend relapsed and could barely make it through a month without tapping out/ nearly losing his leg.  Why am I here as in what is my purpose.  Growing up firmly entrenched in codependency, I like to have a reason for my being. I am uncomfortable when I am choosing my own path, my own way. I like to have that decided for me because I’m needed. The kids aren’t little, my work life is fairly stable. The years of crisis management have settled into a place where my free time is nearly exclusively my me time. I fucking hate it. I don’t know what to do with myself. It’s hard to admit this but it’s a deep dark truth that I’ve lost faith in my own ability to navigate this ship. Anxiety manifests itself in “what am I going to do n
2 comments
Read more 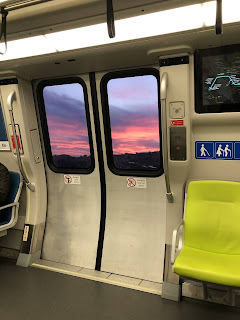 As the depression season slowly comes to an unceremonial end, I can’t help but reflect on what a long January it truly was for me. I tend to have ebbs and tides with my mental health. Things will hum away like a well oiled machine one moment. Then, a sputter then things grind to a halt.  I spent the better part of ten years of my life homeless in three different states. That isn’t me feeling sorry for myself. It just is stating the facts. In those years, my drug addiction wore me down to the point that I was willing to part ways with the great love of my life. Not a man. Not a woman. Just heroin. Heroin was there for me when no one else could reach me. It kept me alive on many a lonely night. Learning to live a fairly productive, happy life without heroin has challenged me beyond measure. I had put all my faith into this thing and that thing stopped working for me. The last bit of surgical tape is still stuck to my arm from my last trip to the ER three weeks ago. I’ve had panic
Post a Comment
Read more 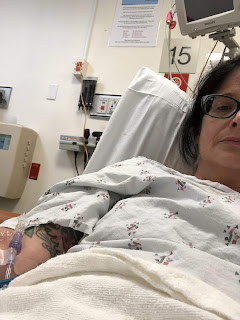 Losing control of myself. As a survivor of sexual abuse, I have a rigid system in place for myself mentally and physically. I like to know where I am going at all times. I like the details, I like to know my escape routes. I like to know everything that might happen so I can work out contingencies in my mind. It is nearly impossible for me to relax unless I feel like I have gone through a complete mental list of the details. In the past month, for whatever reason, my brain decided to short circuit. The mental load of having to be in control of everything 24/7 was just too damn much. The end result of this was a series of panic attacks. The perceived threat in daily situations is everything and anything. I have come to the fork in the road where I am just too afraid of daily living to the point my mind said ZAP! This is not easy for me to both admit and to deal with. It is a lot to manage. The rigid system can only exist holding things together for so long before it starts to cra
6 comments
Read more
More posts