April 29, 2022
Being able to fall apart is a luxury many people don’t have. They carry their burdens until it breaks them.  Miss Jamie was one of the most aesthetically pleasing  women I had ever seen in my life. She simply glowed. When she entered a room, everyone had to stop to pay attention. She took that space over. Her smile was radiant. Her energy was infectious. She was a fireball of a human. Her petite frame was always draped with carefully selected skirts, dresses, and form fitting sweaters. She paired this with her signature plum lipstick and acrylics.  She always came late in the day, usually when I had the lowest energy. Yet, I never refused her entrance. I was happy to see her. Happy to listen to her while she held court in my desk area.      On this day, Jamie was wheeled into the clinic by a person I had never seen before. Instead of scrubs, he looked as if he had woken up on the streets. He looked left like a caretaker, more like a person in need of our services. Our patients i
3 comments
Read more

Thirty One Years of Overdoses 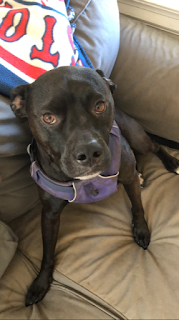 Hi Readers,      I wish I worked on my writing more but the state of the world can make it hard to string a sentence together. I will keep at it though. I started this blog 8-9 years ago. I know everyone has switched to substack or their own website. Well, the person who designed my website died of an overdose. I have not had the heart to get a new one since his passing.      I met him through r/opiates on reddit. This was back in the wild west days of the sub. There was lots of people finding ways to meet up in their state. This person lived in Georgia. There was a core group of people who used drugs based in and around Atlanta. The glue that held that scene together was a middleman. Folks would drive from states over to meet with him. I also struck up a friendship with him because I was looking for unique ways to prevent overdoses. So S and I formed an alliance of sorts. I would send him multi vial bottles up naloxone. These held up to ten doses depending on how they were drawn up i
4 comments
Read more

July 16, 2021
this is a new piece I am working on. not finished, just printing for a vibe check Returning to college at the University of Cincinnati was part of my “redemption” tour. When I finished high school, it was with a bang more than a whimper, which had been the sound my life had made up until that point. Forged out of a family history of both alcoholism and mental illness, I was lucky I had only scraped by with just an eating disorder up until this point. There had been no teen pregnancies, no vandalism (that my parents knew of), there had been only a teensy weensy issue where I had stolen my parents car to check on my suicidal boyfriend. This was actual foreshadowing as he later had to cut down from an attempt that led to serious long term effects. My life was full with both gifted and talented classes AND bullying. Yay. But I had lost a bunch of weight (as I did and I always do) just in time to snag an abusive boyfriend who would essentially ruin my life for years to come.  I hit the gate
2 comments
Read more

The squat on Market

June 14, 2021
Hi readers-      I have had this blog space for 8 or so years now. We have done a lot together. Two books of collected stories, one of which was published, hundreds of thousands of words, and almost two million views. I have not been that active here because honestly I have been in an artistic slum for a few years. I have a collection of 4 stories- ten thousand words- I am releasing in pieces. You can backread the last two entries if you want to catch up.      Fentanyl and Fent analogues are currently ravaging the US. Having lived through the AIDS crisis of the 1980s and 1990s as a person who was using drugs, it has been traumatizing to have waves of friends die when I thought the worst was over. I assumed, as a middle aged woman, that the next round of losses in my life would be related to natural causes. I was wrong. Instead,  I was blindsided by the current state of the poisoned drug supply plus a pandemic. So the word get stuck in my mind, never to reach the virtual page.      Whe
2 comments
Read more

May 07, 2021
Scars are a gift. They allow us to show the world that not only have we been hurt, we have healed. The deepest wounds are the ones that fester inside our minds. They are allowed no healing light. No escape. There is no salve that can relieve that suffering. Temporary respite can found with the addition of a distraction. A drink, a drug, an obessive behavior can turn the pain down to an almost manageable level. Yet, It is always present.           I enjoyed working with clients that other providers in the community found difficult. Why? I am not entirely sure. I think more than anything, I believed everyone deserved to be healthy and perhaps even happy. Not a new concept. The people who come here have had lives before addiction that I found to be quite fascinating. I didn’t see my goal as trying to fix them. I saw my role as being a mirror to the solutions inside of them. For one brief moment in time, we build a connection. Then life moves on.  There was a growing pool of individu
Post a Comment
Read more

Don't Let the Door Hit Ya

April 07, 2021
There comes a day in the life of any place of employment when you come to a crossroads. You ask yourself a fundamental question-Is this job and the paycheck that it provides worth what I have to deal with on a daily basis. There may be a point at which you have a dark fantasy about revenge but those thoughts rarely come to fruition.  This job afforded has me many opportunities. First and foremost, benefits. A union. A chance to not eat cat food when I am old. Time off when I am sick. Holidays. Educational time. Stability. At my last job, we were told on more than one occasion to not cash our paychecks because they might bounce. I was encouraged to be on call 24/7. I was seeing clients through my non-existent lunch period. There were things here known as boundaries. I appreciated that. I appreciated feeling like if a client was about to assault me, a team of people would respond. And in my short time here, they had. Many times. If a person so much as farted loudly here, everyone knew.
6 comments
Read more
More posts